Почетна ENGLISH Vladimir Gramatikov: The development of air traffic and tourism from Central and... 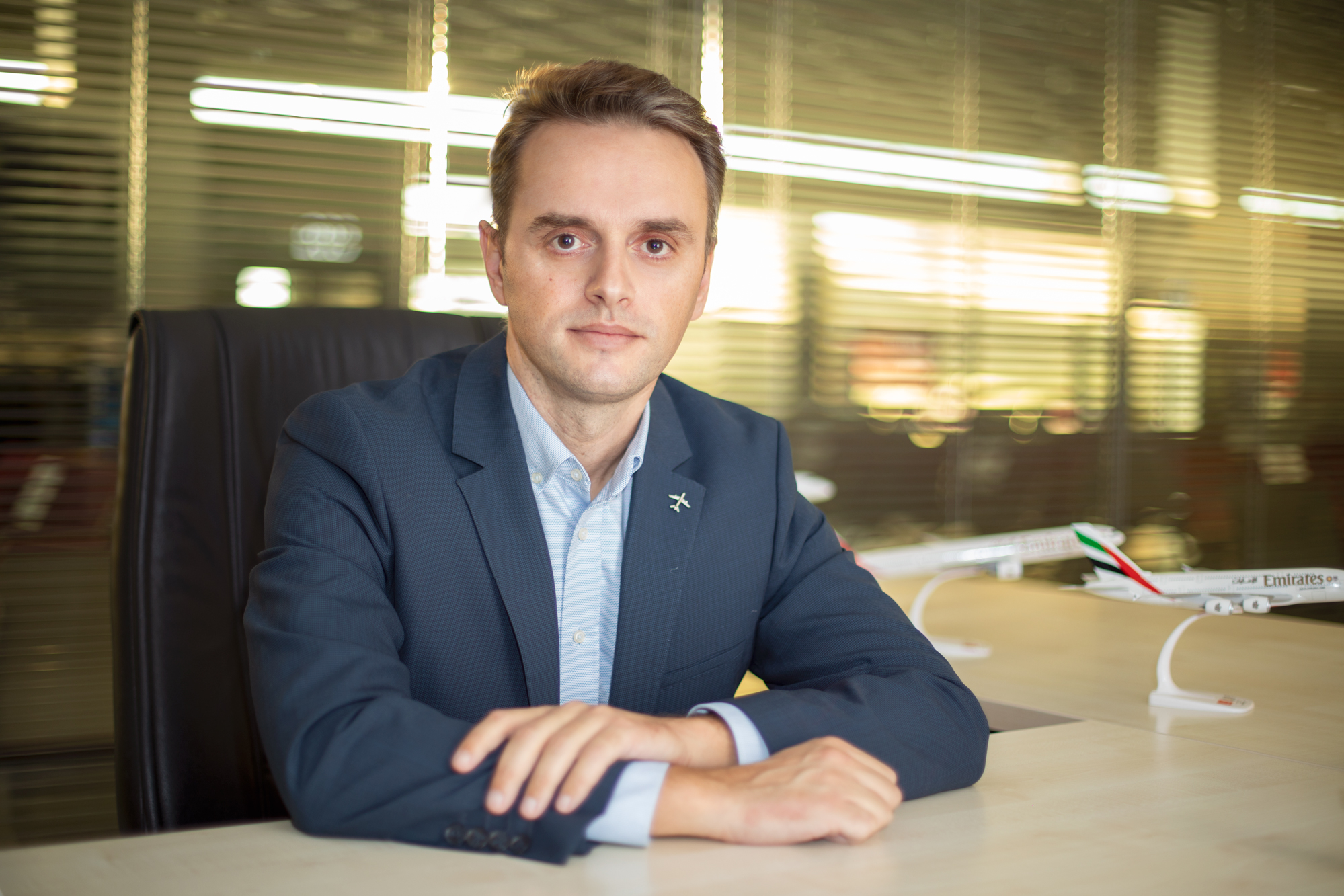 Interview for Business Traveller Poland with Vladimir Gramatikov, President at Chamber of Tourism of North Macedonia and responsible for marketing in TAV Macedonia

North Macedonia was a growing popular destination among travelers from Poland and CEE countries before pandemic started. What makes it so unique, according to your opinion – why visitors are in love with the landlocked small country not so close to Poland?
Looking historically, Macedonia was a popular destination among the tourist from Poland and CEE in the past, as we are countries with similarities in our culture. This relation was in both ways, as Poland was popular destination for Macedonians as well. However, with all the happenings in the region at the end of 20th century, this link was broken, but now it’s reestablished again, especially after establishing air link between both countries in form of organized charter flights from Warsaw and Katowice to Ohrid, our most popular tourist destination.
From what we can hear from the guests from Poland, what attracts them in Macedonia, is the uniqueness of the country. Macedonia offers unique experience with its natural beauties, cuisine and hospitality. We have one of the oldest and most clear natural lakes in the world, with the historical city of Ohrid located on its coast which is well known cultural and religious center in the region. For those more active tourists there are the beautiful mountains and National Parks offering diverse hiking and mountain biking trails, horse riding, donkey safari, paragliding, bird watching etc. We offer unique gastronomy experience with our food made based on natural and home-grown ingredients. Variety of vineyards offering unique wines made from grapes growing only in this region. But most important of all, warm welcoming from the local hosts and their hospitality is something all tourists mention after finishing their vacation in Macedonia. All those activities are offered for and affordable price for all Polish tourists. Spending the vacation in Macedonia means having different and unique experience each day of your stay. 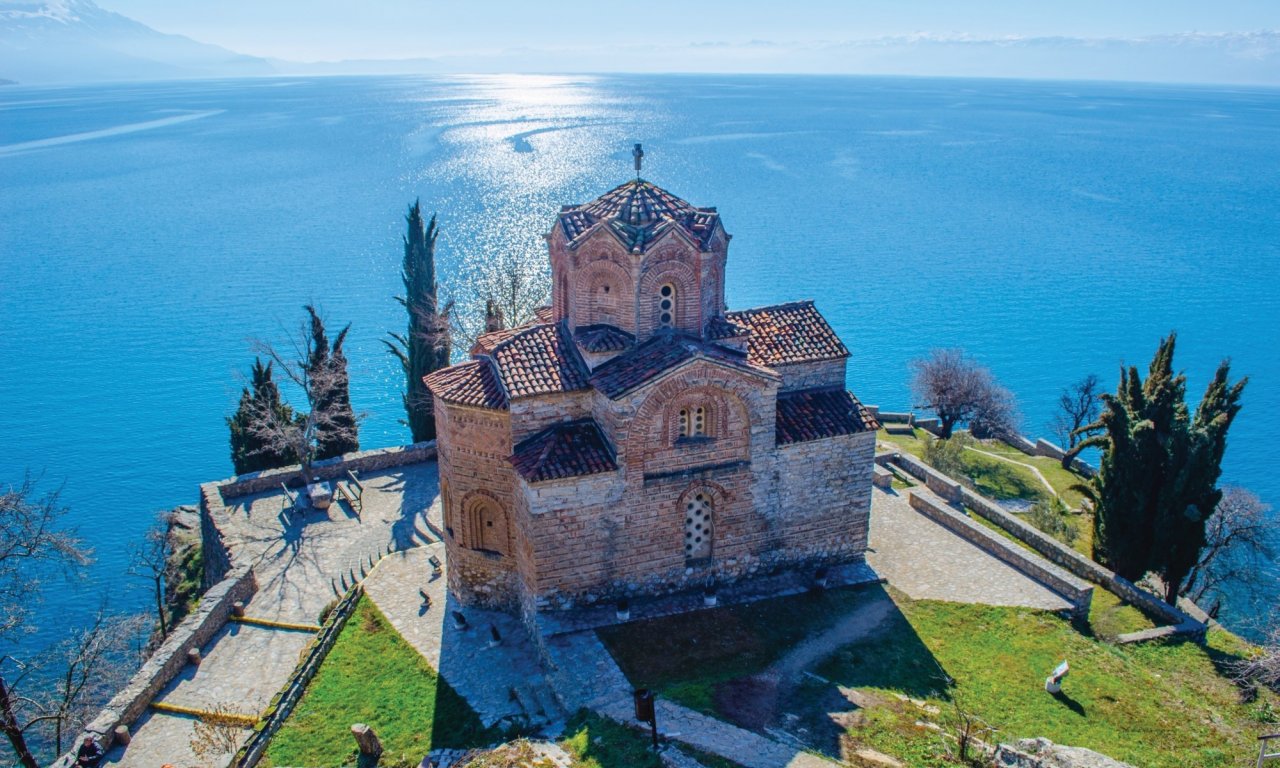 How important is an accessibility aspect in order to attract more visitors to Macedonia? How the airport operator ensures connectivity of the country?
With the rise of aviation and LCCs with their wide networks, traveling habits have changed. Now people mostly fly directly (point to point) when it’s about travel in Europe. With this change, connectivity has become one of the most important factors for choosing a travel destination. People will choose a destination with direct flights rather than connecting trough some hub or traveling by bus if it’s longer distance. Therefore, direct connectivity of one destination plays key role for attracting new tourists.
Having this in mind, the airport operator and the entire tourism community (operators focused on incoming tourism) are both actively working on promotion of the country on international Tourism Fairs, Route Development conferences, direct B2B presentation with tour operators from different markets. All this with main purpose, to attract more airlines and to establish operations on more destinations.
The airport operator, being part of one of one of the biggest airport groups (TAV Holdings), maintains close relations with the airlines and uses the advantage of cross-marketing in order to promote both airports among the airlines. Both airports have their own incentive program which are crucial factors to support the airlines for opening new routes or increasing frequencies on the existing ones. TAV Macedonia operates both airports in the country. Skopje airport, serving the capital city offers mostly scheduled traffic on year-round base, while Ohrid Airport, which serves the main tourist destination, is focused more on charter operations during the summer (even though there is significant year-round schedule traffic). One of the key factors for developing the charter traffic at Ohrid airport, beside the airport incentives, are the state subsidies offered to tour operators for bringing tourists in the country, which resulted in significant increase of incoming tourism and charter operations in the last years mainly from Poland, Netherlands, Belgium, Israel. We expect those subsidies and those promotional activities to become even more important in the post-COVID-19 era for recovering the traffic.

COVID-19 pandemic has significantly impacted aviation and tourism. How in those pandemic conditions you maintain the connectivity of the country, while demand is significantly lower?
In this pandemic period, where health and safety of the population is main concern, we are all limited with our actions, because the limiting factors are out of control/influence of any airport operator or airline. Beside the regular travel restrictions, Macedonia as a non-EU country, has travel ban toward EU for its citizens, which is additionally lowering the demand and is limiting the connectivity between the country and EU as its main market. In such circumstances, we are adapting to the new market conditions and we are focusing on markets where people are allowed to travel while in the same time respecting all healthy protocols.
As of December, we are expecting to promote the inauguration of new destination, the Skopje – Kiev route, by Windrose with 2 weekly flights. Beside this new direct connection, Macedonian winter (ski) centers are expecting the first tourists from Ukraine and Moldova as of January 2021 (which are already announced) which will be arriving either by bus, or some of them by direct charter flights.

What is the current situation in Skopje and Ohrid airports? There is no local airline being based there, SKP was quite effective by Wizzair Flights, while Ohrid mostly focused on charters – what is the plan for S21?
Being a country without national carrier, developing the air traffic was quite a challenge. But with joint efforts of TAV Macedonia as airport operator and the government of Macedonia, an LCC base was established in Skopje airport in 2012 when Wizz Air based its 1st aircraft, growing to a base with 5 aircrafts in 2019, operating to 32 destination from Skopje and 7 destinations from Ohrid. Even though Wizz Air has majority of the traffic as a home-based carrier, the management of the airports is also focused on developing the other traffic and supporting the other legacy carriers regularly so there will be a healthy balance between LCC and non-LCC traffic. All those efforts resulted in double digit growths in the last 10 years, reaching to 2.3m passengers in 2019 from 750K back in 2011. This was great achievement in the aviation for a country without national carrier.
However, the situation at this moment is different, like at all other airports. There is drop in traffic by almost 70% comparing to 2019 with most of the operations temporarily cancelled. As there is no national carrier our airports are seriously suffering from drop in operations during the pandemic. But on the other side, we have Wizz Air as home base carrier and our major airline which proved to be most flexible and aggressive in Europe during this crisis. We are confident that most of their destinations will be restarted in 2021 and we will be on a good way to recover the traffic. Despite the crisis, airport management continues with its effort to maintain operations and to support the airlines to resume operations soonest possible. Macedonian tour operators are also working on promoting the country even in those difficult times, they are participating on online tourism event and workshops, and they are maintaining relations with their partners in order to reestablish the charter operations next summer and to recover the Macedonian tourism. We are all confident that the recovery will be slow and difficult, but all involved parties are hardly working on attracting more tourists for the next summer 2021 and reestablishing the previously operated destinations.

Before pandemic Macedonian Tourism was quite actively promoting on such well-known platforms as WTM in London or ITB in Berlin. A year ago, the big Incoming event was also organized in Macedonia – how successful it was? What could be the ways to pay attention of potential visitors and industry buyers now?
Indeed, Macedonian operators were always present on the most important events in Europe, where Warsaw tourism fair was always one of them. Those promotions contributed significantly in positioning of Macedonia on the European tourism map. However, one of the events worth mentioning is the Incoming Tourism Fair in Macedonia which is organized primarily by the National Association of Incoming Tourism (NAITM) in the last 4 years. Being the only tourism event in Macedonia, it is organized in form of panel discussion on certain topics and one day market place where participants are invited on B2B meeting.
Next, 5th edition will take place end of January or February 2021 as an online event. This edition is expected to be biggest one so far, where we have confirmed operators from England and Switzerland. Polish operators are warmly welcomed to join in next edition of the marketplace to explore the possibilities of the Macedonian market. Participation for them will be free of charge. 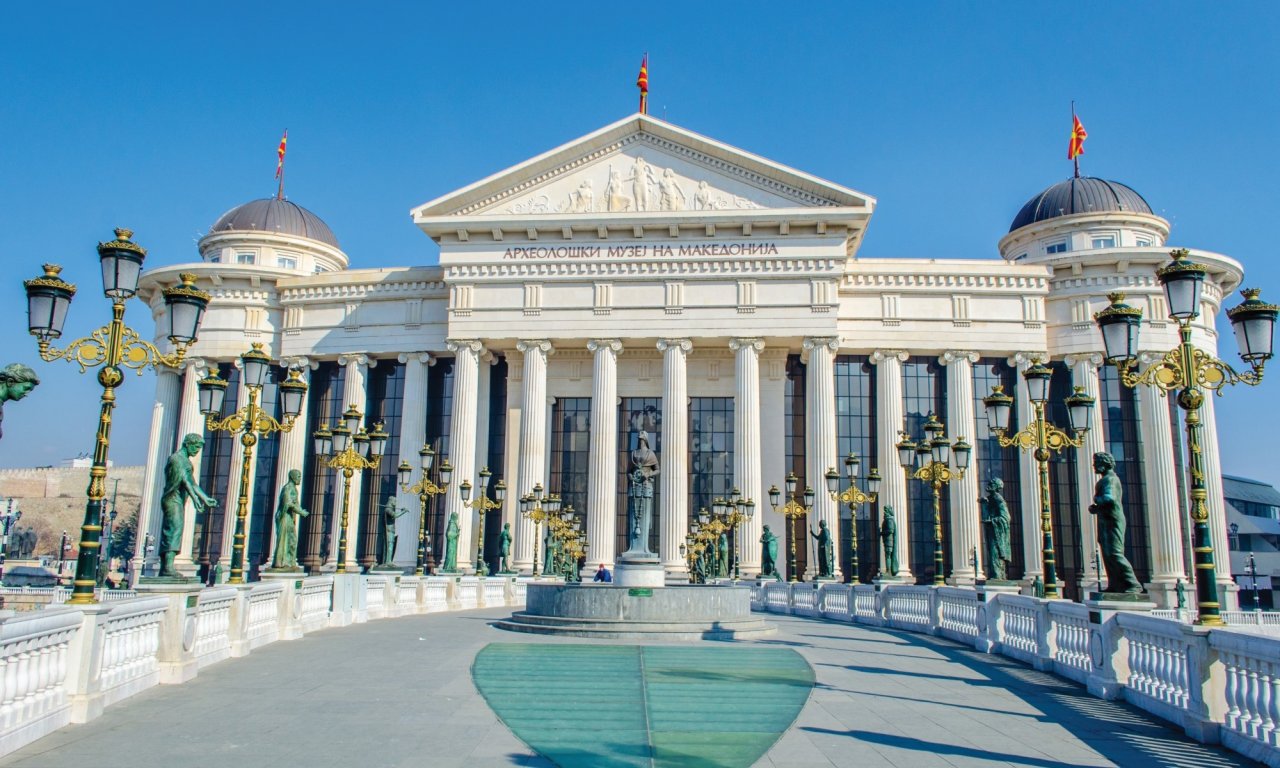 LOT were operating year around flights between Warsaw and Skopje from almost two years – how successful were those flights? I also know, that e.g. Bratislava-Skopje operated by Wizzair were among the most successful routes, having good numbers of load factor. Does CEE markets in general and Poland particularly important for Skopje airport?
We must confess that LOT has grown into a respectable airline, with modern fleet offering excellent connections from their hub in Warsaw. Their arrival in Skopje in 2018 had very positive impact on the traffic and the general offer from our airport with their high-quality product. Operating up to 6 weekly flights from SKP, thanks to their excellent connection times, around 65% of the passengers were using LOT to reconnect trough Warsaw to their final destination (passengers especially like their new Dreamliner aircrafts for North American connections).
As you noted, Bratislava is one of the most successful destinations from Skopje with very high load factors. Both Wizz Air and LOT had recognized the potential that exist on relation Macedonia – CEE, which proved to be very successful. CEE continues to be one of the markets where we will focus in future both for increasing tourism (in both ways) and introduce new destinations. Beside tourism potential, there is also significant Macedonian diaspora living in this part of Europe. We have historically been close to CEE as we are all “Slavic countries”. 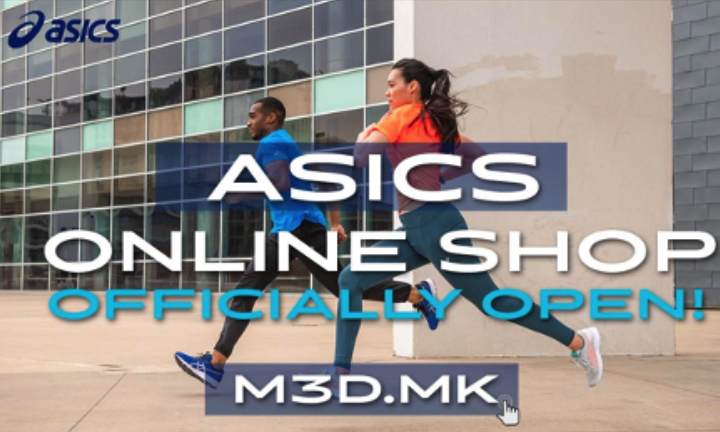 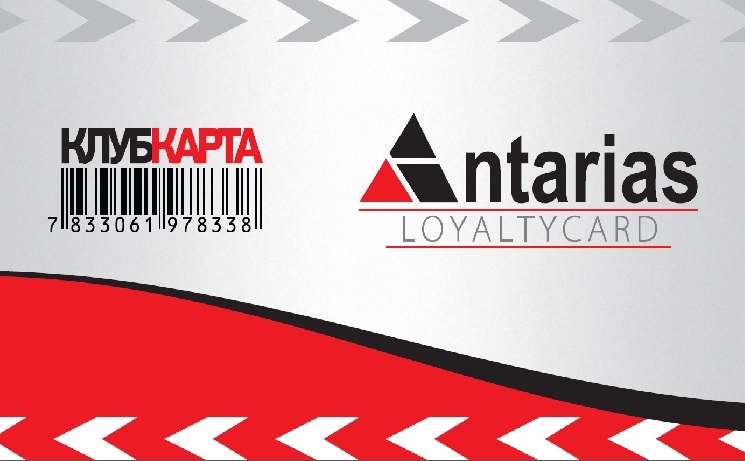 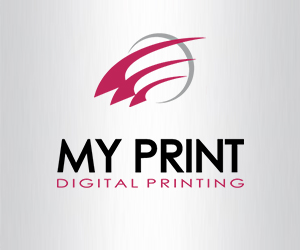